Play with some of the premier names in gaming.

Luke Gygax Will be Joining Us at Genghis Con! 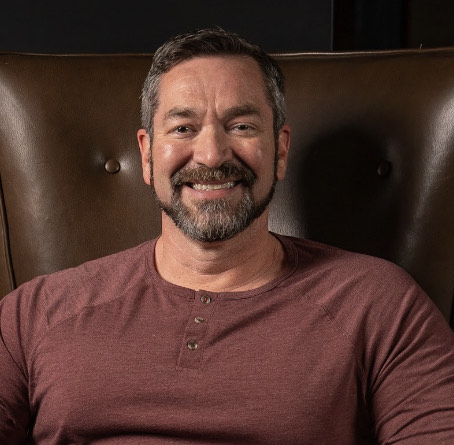 Luke Gygax is the son of Dungeons & Dragons co-creator Gary Gygax and Founder of Gary Con®. He literally grew up at the gaming table with the designers that built the foundation of the RPG industry many of whom come to Gary Con®. He played the iconic character Melf, aka Prince Brightflame, and the spells he created in AD&D are still used in the game today. Luke has authored several role-playing game accessories over his lifetime including Legion of Gold, The Lost City of Gaxmoor,The Oculus of Senrahbah series in his World of Okkorim© and a Call of Cthulhu module with Skeeter Green Gary Con® XIV. Luke is working on new 5e scenarios for the World of Okkorim© through his Gaxx Worx® imprint. He is active in the Los Angeles gaming community participating in streaming D&D games, interviews, and is the producer for The Gaxx Pack© as well as host of Founders & Legends on Gary Con’s Twitch (Twitch.tv/GaryConLive). Luke hung up his fatigues for the last time in 2022 retiring after 33 years of service. He began as a private in the infantry and ended up as a lieutenant colonel in logistics branch. He is excited to devote more time to family, fun and gaming in the coming years. You can find out more about Gary Con at garycon.com and Gaxx Worx at GaxxWorx.com. 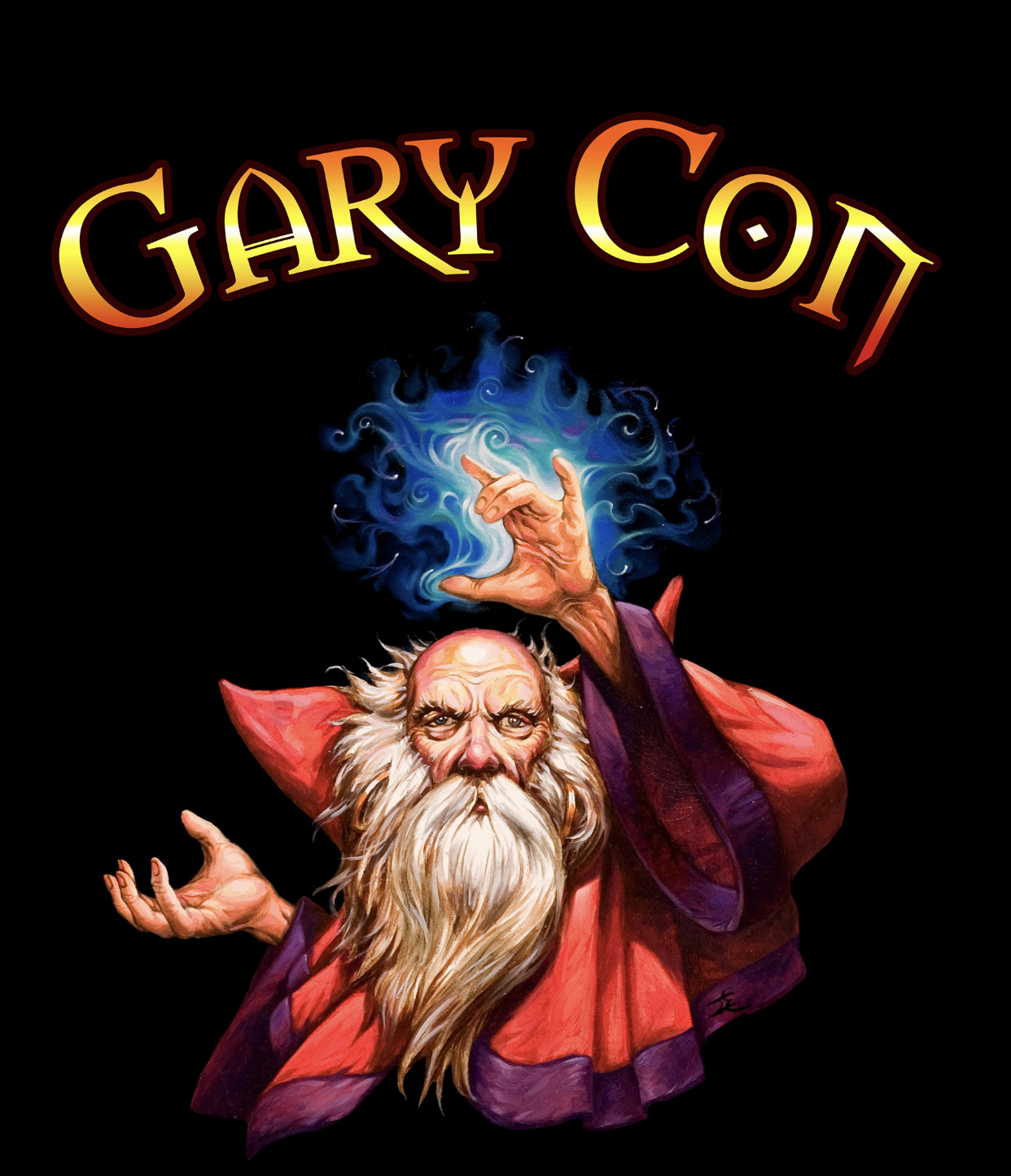 But that ‘s far from all! 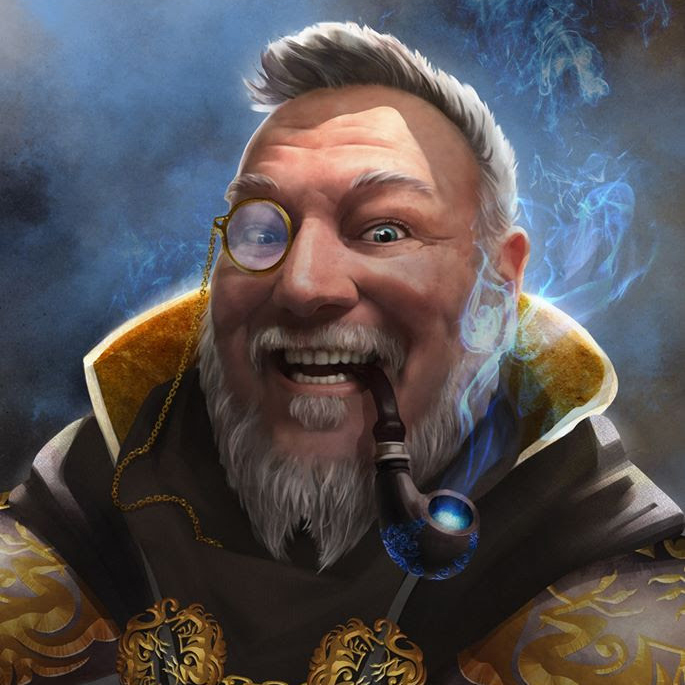 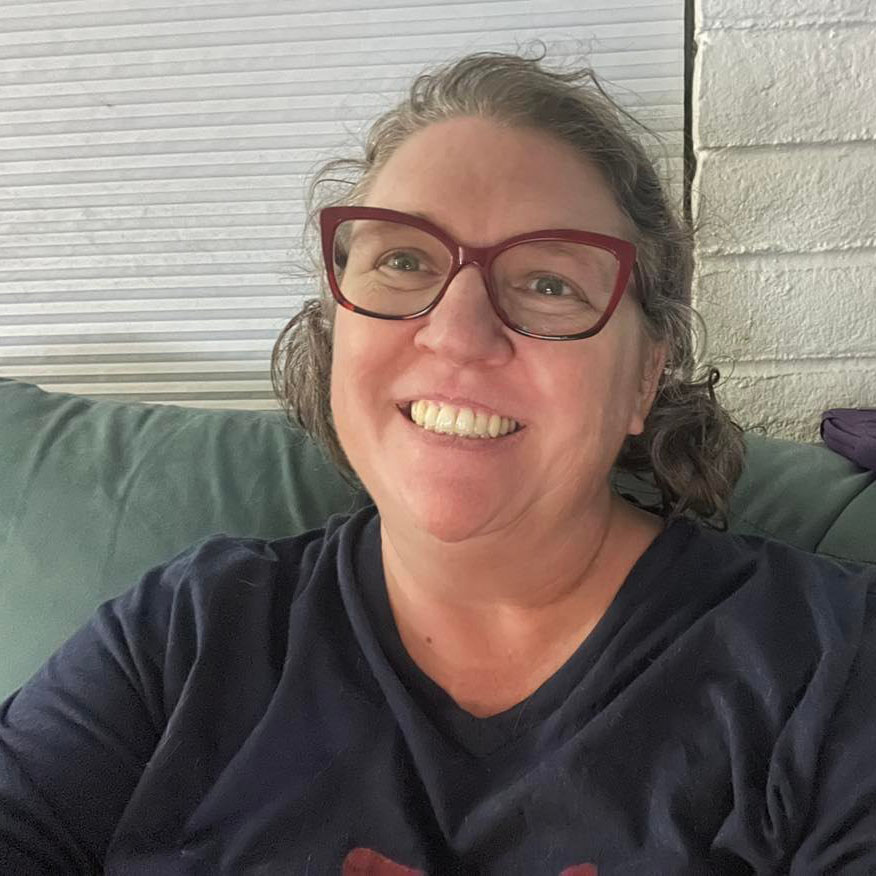 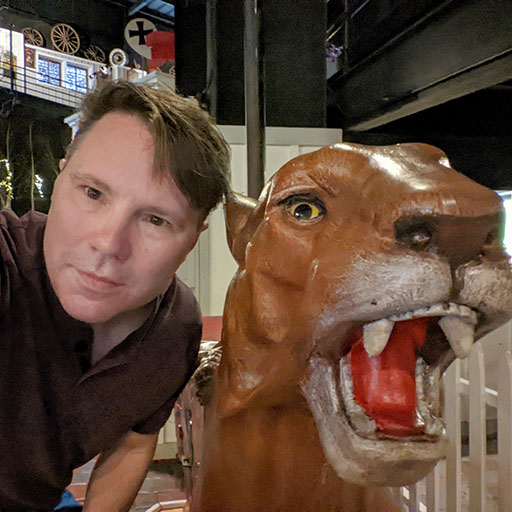 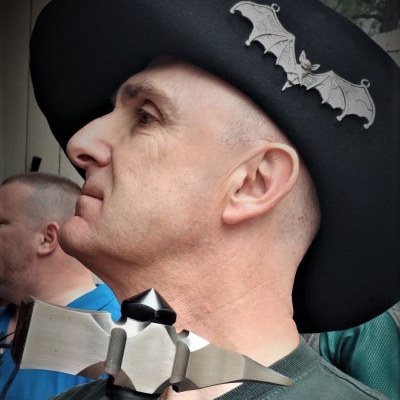 Alphinius Goo is a somewhat eccentric archmage who abides on the continent of West Verdestia in the tainted and broken world of Zyathé. There he lives with his sorcerous wife, Di’yannea, in the Tower of Goo which is situated on an island in the Mystrune River in the heartland of the Republic of Zyranthea. Arguably, he is among the most widely recognized spellcasters of the current age and is said to have traveled the world on many adventurous exploits. Beloved by many and an irritating foe to certain evildoers, his unique obsession with oozes, slimes, cubes, and other gelatinous creatures has resulted in the creation of many fascinating — and invariably sticky — new spells. Many of these incantations’ purpose or practical use baffle even the wisest mages, but they have spread far and wide amongst the more creative sorts of spellcasters. If nothing else, they provide a great deal of entertainment for those casting them, though many foes have underestimated their potential in the right situations to their detriment.

In real life his name is Kim and he has has been a creative director in the advertising industry for many years. He is an award-winning copywriter and published author and is one of the founders of Gooey Cube Games. Kim loves to play all manner of TTRPGs, is rumored to be a pretty good Game Master and is, most assuredly, a total geek.

Jessica “Boof” Sizemore is, by day, a sign language interpreter, and interpreting mentor. In gaming circles, she’s also been called on as a player for multiple actual plays, both for Pinnacle Entertainment (Savage Worlds), and Ulisses Spiele (Torg Eternity), and she’s been a three-time guest on the Savage Interludes podcast, run by Ron and Veronica Blessing and her spouse Tracy Sizemore. Boof is a sought after and gregarious role player whose energetic style is as disarming as it is entertaining.

An award-winning game designer, Bruce worked on Dungeons & Dragons over the course of 4 editions as a writer and developer, with well over one hundred credits, including Return to the Tomb of Horrors, Expanded Psionics Handbook, Gamma World, and the D&D 5th Edition corebooks. As a senior designer at MCG, he’s worked on The Strange, Numenera products like Jade Colossus, and of course Numenera Discovery and Numenera Destiny, Cypher System books like Gods of the Fall, and tie-in 5e products, including the just-released Path of the Planebreaker for 5E.

Bruce is also the author of ten published novels including Myth of the Maker, several books set in the Forgotten Realms such as the Abolethic Sovereignty trilogy, the Sword of the Gods duology, and is working on finishing his next two books via his page on Patreon. 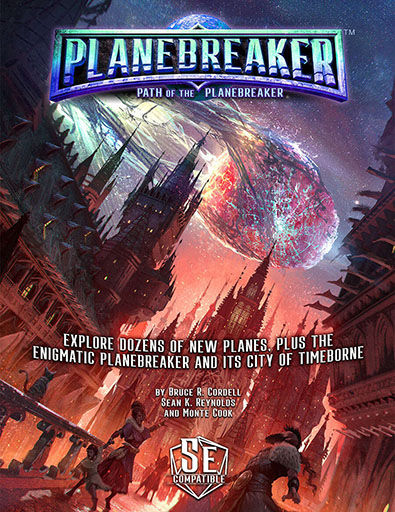 Graeme Davis published his first paying article in 1982 and has worked as a staff and freelance writer since 1986. He helped develop Games Workshop’s blockbuster Warhammer fantasy game setting and White Wolf’s Gothic classic Vampire: the Masquerade.

Moving to video games in the early 90s, he has worked on over 40 shipped titles including two installments in the award-winning Total War historical strategy series and the chart-topping mobile strategy game Kingdoms of Camelot: Battle for the North. His employers and clients have included Microsoft, Microprose, America Online, Hasbro Interactive, SEGA, and Kabam.

His career has been driven by a lifelong interest in history, myth and folklore, and especially in the monsters that haunt a culture’s stories. Davis has written books on fey and undead creatures around the world, as well as a survey of werewolf lore and retellings of Greek and Norse myths for adults.

A native of the UK, Davis studied European archaeology at one of Britain’s leading universities and has published books and articles on the Romans, the Vikings, and the Middle Ages for readers from 5th grade to adult. He has also published one fantasy novel and short fiction ranging from fantasy to airpulp, and curated three anthologies of early genre fiction. 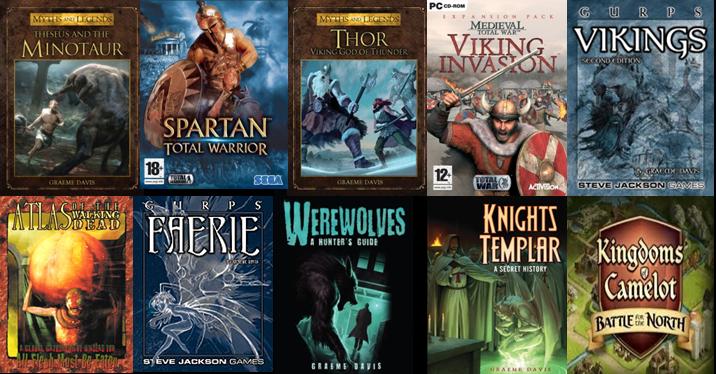 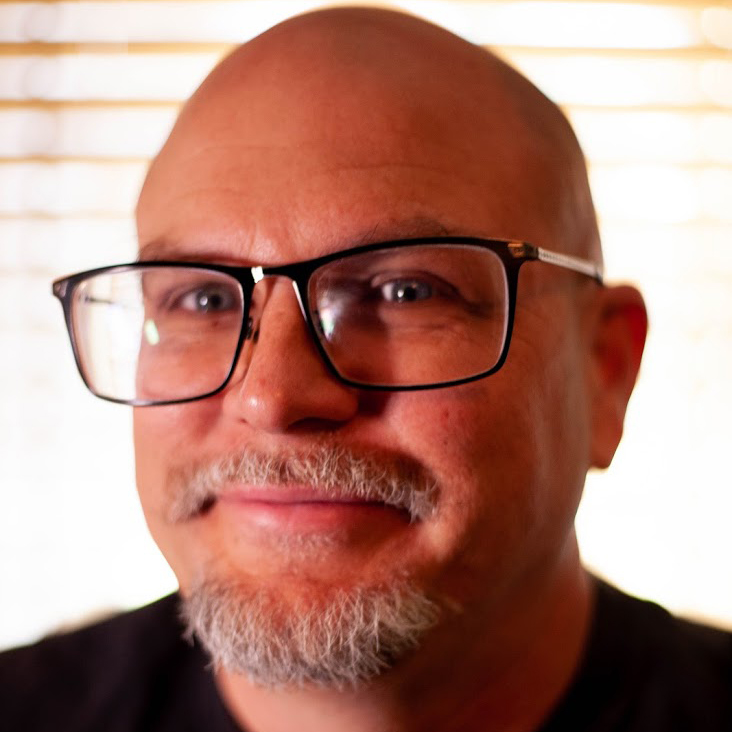 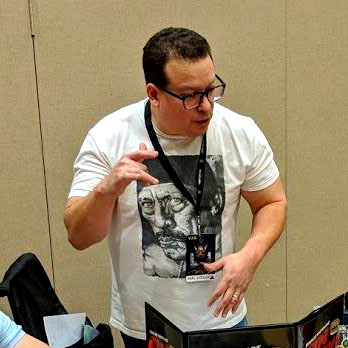 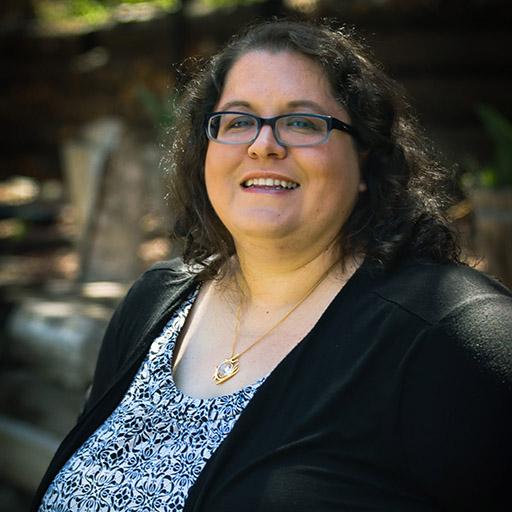 Darrell worked in the corporate world before becoming a full time game designer and writer. He worked with Fat Messiah Games, Third Eye Games, Gunmetal Games, and ran the Torg Eternity line for Ulisses Spiele before joining his friends at Pinnacle. His role is line developer: writing content and making sure everything gets done for various Savage Settings.

Darrell works in Tucson, Arizona, and actually enjoys the weather there. (Madness!) He attends various conventions, and is happy to chat with anyone about the past, present, or future of gaming.

Cosmo is an alien from planet Quadicso. He came to Earth in 2008 as a simbiote, co-inhabiting the body and mind of Andy Watkins.
Cosmo is laid-back and friendly with a fondness for cheese and nice breakfasts. He invented the color purple and can detect the differences between sunsets and sunrises. He plans to leave Earth in 2061 to continue his tour of the Milky Way galaxy.

Karl Keesler is an award winning Art Director that started in the gaming industry in 2002 with United Playtest. He was the “Layout Guy” on Gaming Frontiers, a d20 magazine. From there he partnered up with the guys at Dog House Rules and took his passion for graphic design and gaming and turned it into a Gold ENnie in 2004 for Best Electronic Product for their flagship book, Sidewinder: Recoiled. He continued to work on numerous page layouts and logo designs for Dog House Rules’ Frontier Towns, The Fort Griffin Echo, Buckshots, Six Guns, Quick Quests and the all new Trailer Park Shark Attack!; garnering multiple ENnie nominations.

Recently he has taken his love for gaming and graphic design and has worked with companies like Atomic Ninja Studios, Fabled Environments, Mythic Gazetteer, Yellow Piece Games, Just Insert Imagination and Pinnacle Entertainment Group; in which he did the Trade Dress for the new Savage Worlds Adventure Edition, Deadlands: Lost Colony, Savage Pathfinder, and many more Savage Worlds Companion books.

Over the past years, Karl has taken his love of graphic design, pop culture and Savage Worlds to newer heights with running his unique convention games such as his League of Extraordinary Gentlemen adventure series, Ghostbusters meets the Goonies, Men in Black and Mystery Men. He likes to make his games eye-catching and exciting with custom designed maps, one-of-a-kind miniatures, terrain, specially designed character sheets and original Benny ideas. When he isn’t working on his next art project, gaming or creating props he is enjoying life in sunny South Florida with his wife Kathy and their dog Rita. 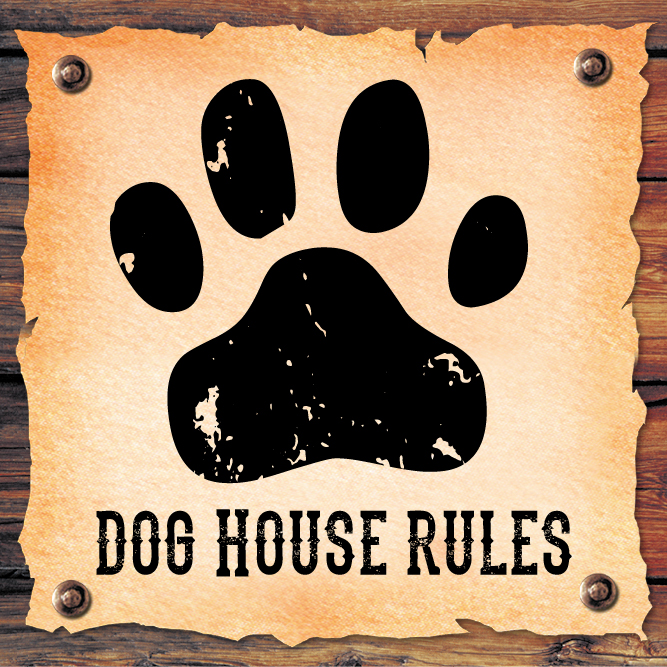 Sara Martinez is an author, RPG writer and game designer when she’s not chasing her two kids around. She loves to read, write and play games across a variety of genres. Published credits include “Killer Chops,” a setting agnostic adventure for the Savage Worlds system, published by Fabled Environments and the “Hell on the High Plains” supplement for Deadlands by Pinnacle Entertainment Group. 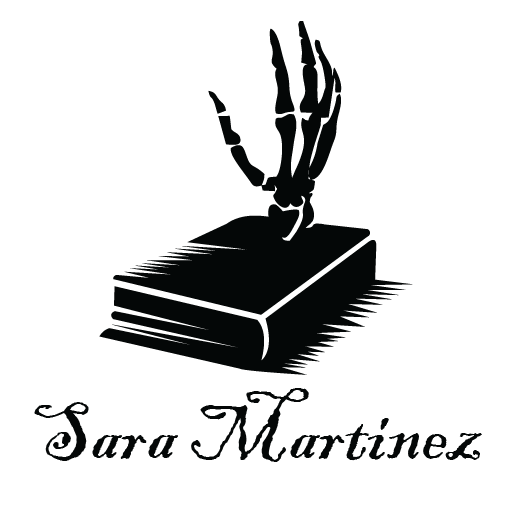 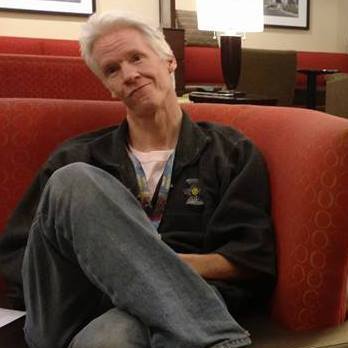 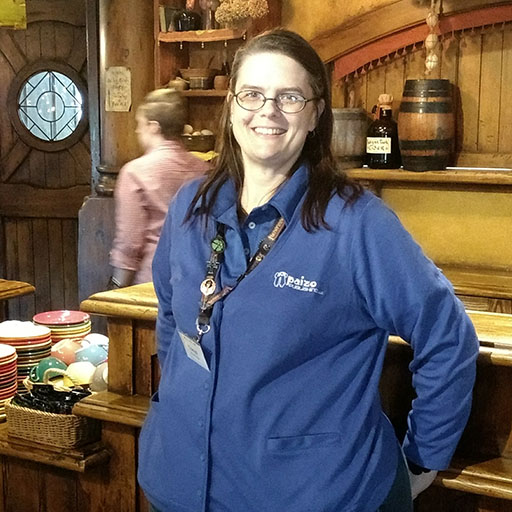 Tracy Sizemore is a freelance RPG writer and designer who has written and developed many adventures and settings for publication. Her most recent work has been as part of the development team for Pinebox Middle School for Pinnacle Entertainment (Savage Worlds). She was also the co-developer for Tim Earley’s Appalachian apocalyptic setting, Holler, which will be available in print in early 2023.

Tracy has also written extensively for Torg Eternity, including several Delphi mission adventures, along with the massive seven act mega-adventure, A Trifling Matter which she co-wrote with Brian Reeves. Tracy is also a highly venerated GM, offering original, one of a kind con adventures, and a uniquely engaging style of content and presentation.

Finally, Tracy (along with Ron and Veronica Blessing) is one of the founders and hosts of Savage Interludes, a podcast about all aspects of tabletop gaming, which just marked its third anniversary in November 2022.

Tonya Woldridge started at Paizo in 2015. She is currently the Director of Customer Service for Paizo, Inc. Prior to this, she served as Paizo’s Director for Community. She’s also spent many years as part of the Organized Play Team, serving as both Program Coordinator and Program Manager.

A long-time gamer, she started playing RPGs in high school. Over the years, some of her most frequent games played were 2nd Edition AD&D, Earthdawn, and D&D 3.0/3.5. She started Pathfinder with the launch of the beta and has stuck with it ever since. After attending the third PaizoCon UK, she was hooked on organized play and spent several years volunteering for the Pathfinder Society, first as a Venture-Lieutenant in the United Kingdom, then as a Venture-Captain in Canada, before joining the Paizo team.

We are very excited to bring you a fun and safe gaming experience. We look forward to seeing you at the con!